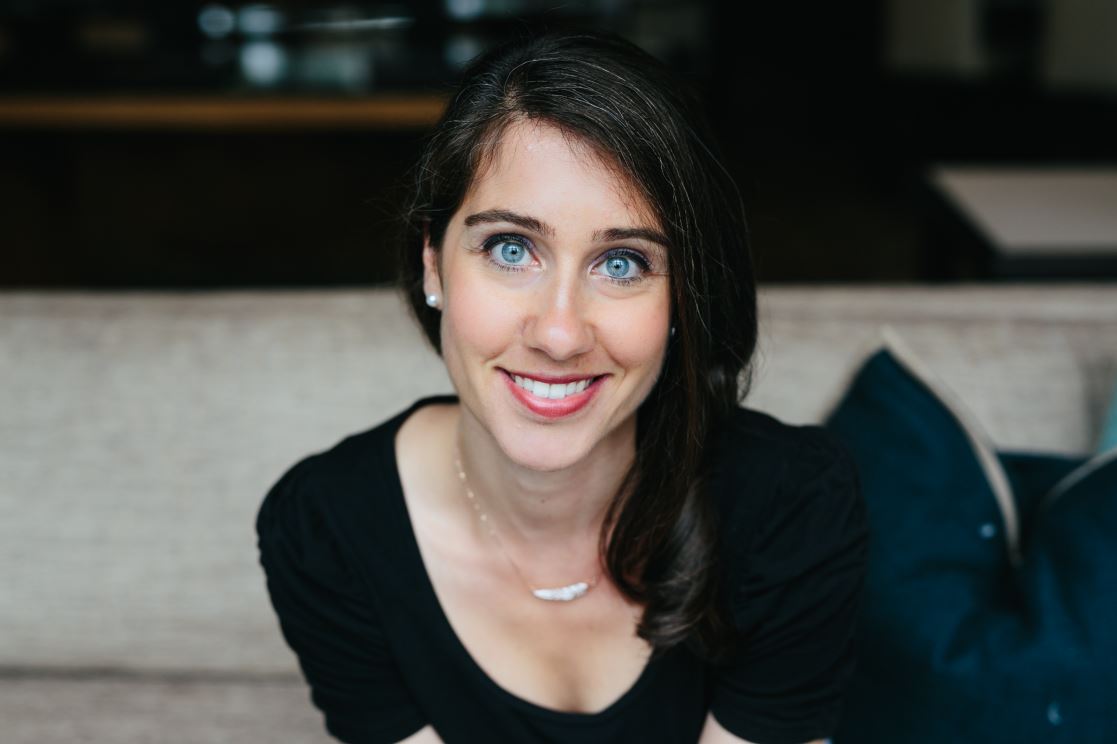 At 26, out of nowhere Kimberly Bari suddenly started having seizures and debilitating anxiety. Fate brought her to UCSF Medical Center where doctors have been using the latest technology, including the RNS System, to help her get back to living her life. Above, watch her video story documented by CBS San Francisco, and below, read her story written in her own words.

My name is Kimberly. I was born and raised in Norwalk, Connecticut.

My whole life, I’ve enjoyed helping others and have been volunteering in the community since middle school.

In college at Elon University, I majored in psychology, minored in human services, and began assisting English Language Learners, at a local elementary school, through my honor society.  That experience sparked my love of teaching and convinced me to pursue a career in education.

From 2006 to 2008, I studied for a Masters of Education (M.Ed.).  Upon graduating Loyola University in Maryland, I moved to Spokane, Washington and began teaching second grade.

In August 2010, I found a way to combine two of my main passions, travel and education, through a position teaching English to college students in Nanjing, China.

Within a few weeks of moving, I began having a constant sense of unease and discomfort. At first, I thought this was culture shock, so I tried to power through, but it quickly became worse.

Thinking that exercise might help, I joined a gym. During my third week abroad, I was on a run, and a metallic taste filled my mouth while my smell became overwhelming.  I suddenly envisioned myself on a surgical table with a physician hovering over me.  He was about to begin a tonsillectomy, which I had had years earlier. Through mental confusion, I was able to stumble to a floor mat.  This was my first seizure; the beginning of temporal lobe epilepsy.

Unfortunately, my health declined rapidly.  I started experiencing seizures on a daily basis. Many were focal awareness based as, my right side would go numb, my face would begin twitching, my throat would close up, and I would often lose my breath.  Others involved focal impaired awareness where I passed out.

My colleagues took me to local doctors, and I was given medication for Generalized Anxiety Disorder.  However, my symptoms worsened, and I started experiencing uncontrollable emotional swings ranging from joy to depression, fear to outrage.  By January, life was a struggle, as I felt like I was literally losing my mind.

In February 2011, I returned to the States. I was full of fear, sleep was challenging, and I suffered from 30 to 60 seizures per day.  Amongst them, I had auras with visual hallucinations of strangers meeting inside my head, while bugs flooded throughout my body.  In addition to generalized anxiety disorder, I was given medications for epilepsy, depression, Bipolar Disorder and PTSD.

It was May of 2012, when I finally received the diagnosis of Autoimmune Limbic Encephalitis (AE).  Essentially, my immune system was attacking my brain and causing inflammation. Under the care of Dr. Souhel Najjar, I began a two-year course of intravenous immunoglobulin (IVIg) that helped me begin to regain my sanity.  Unfortunately, my cognition remained low and the daily seizures continued.

However, I refused to let epilepsy control my life. I was living in San Francisco and enrolled in a Teaching English to Speakers of Other Languages Certification program at UC Berkeley Extension, while volunteering with the National Alliance on Mental Illness (NAMI) and the Asian Art Museum.

In October 2014, after beginning a new anti-epileptic medication, I lost consciousness, fell and fractured my skull.  Although the head injury was traumatic, as my sense of smell has been gone since, it brought me to USCF Medical Center, where I came under the care of neurologist Dr. Jeffrey Gelfand and epileptologist Dr. Paul Garcia.

I continued struggling and, in December 2015, Dr. Najjar and Dr. Garcia, independently suggested that I was a candidate for brain surgery.  Without question, I agreed to move forward.

The surgery would take place at UCSF under the care of surgeon Dr. Edward Chang.  Interestingly, my pre-surgical MRI showed issues within the left insula, an area that hadn’t been a focus, so the doctors implanted 130 intracranial electrodes to pinpoint the origins of my seizures. Based on the results of testing, I had an eight-hour surgery, in March 2016, to remove the majority of my left amygdala and hippocampus, along with an area of my left insula.

When I woke up from surgery, I felt like my true self – a happy, positive person, with a middle ground. Although I was still having seizures, I was determined to give back to the community, and started volunteering at UCSF Benioff Children’s Hospital, along with the Epilepsy Foundation of Northern California (EFNC).

Unfortunately, the seizure activity progressively worsened as it became linked to panic attacks and uncontrollable anxiety for hours each day.  In March, my doctors conducted an EEG which showed that my seizures were originating within the remaining part of my left insula and spreading to different areas of my brain.

We discussed a second surgery but my doctors were concerned that resection, beyond the insula, could cause permanent language impairment. The RNS System became an option.  When I learned how it would continuously be working with my brain to monitor and respond to seizure activity, within the inoperable area, I immediately agreed and was eager to proceed.

May 19th, 2017, I underwent my second brain surgery at UCSF. This time, I was awake for four and a half hours out of the six because it was imperative to monitor my seizure activity and cognitive ability.  Dr. Chang removed the remaining portion of my left insula, while I was awake, and put me to sleep while they implanted the RNS System near my left operculum.

I am so grateful to have the RNS System, as it is one of the most comforting aspects of my life.  In the past, it was challenging to explain how I felt, both mentally and physically.

Thanks to the RNS, I can upload and send the data to my doctors daily so they can visually witness my seizure activity. Data collection and transfer takes about 3 minutes. It’s quick, simple and has become a part of my evening routine.

For years, I have kept a seizure journal and calendar. After seizing, I write down what time it happened, the symptoms and the length. Now, when a seizure begins, I swipe the RNS magnet across my scalp and, with my case, I’ve also chosen to swipe again after it ends, as this provides additional information to my doctor.

The magnet swipe flags the activity for the physician to review in further detail. This makes me feel like I am working with my physician, Dr. Vikram Rao, in giving him the data he needs to figure out the best way to control and reduce my seizures.  We’re learning about them together, and instead of just listening to my explanation, he can view the records. At each appointment, I often ask to see the brain activity that corresponds with the symptoms that I felt and am always discovering something new.

One of the main things that I truly appreciate about the RNS System is that I have not had any side effects so far.

Over the past seven years, I’ve taken 14 different anti-epileptics and, for me, many of them were debilitating.  While I’m still taking the two that have helped the most, in time, it may be possible for my doctor to decrease the dosages. Since I’ve had the RNS System implanted, my seizures have already decreased significantly and, while the ultimate goal is to stop their activity altogether, the current goal is to stop the ones that cause me to lose consciousness.

Although I still have seizures with the symptoms including auras, ear-ringing, numbness, tingling, and odd tastes and smells, the system continuously blocks hundreds of seizures from blossoming.  This is unbelievable to me!  My RNS is doing its job and I feel safe.  It’s wonderful to know that with a team of caring doctors and a skull full of technology, I am no longer fighting epilepsy alone.

I’m very thankful for the help and support from those around me, which is why I have never given up.  As I heal, I hope to go back into teaching.  I’m currently regaining strength and enjoying the freedom of being back out in society.  It’s my goal to share all that I’ve received and provide inspiration to others.  In appreciating every moment, I’m no longer dwelling on the past, and excited for all that’s to come in the future.