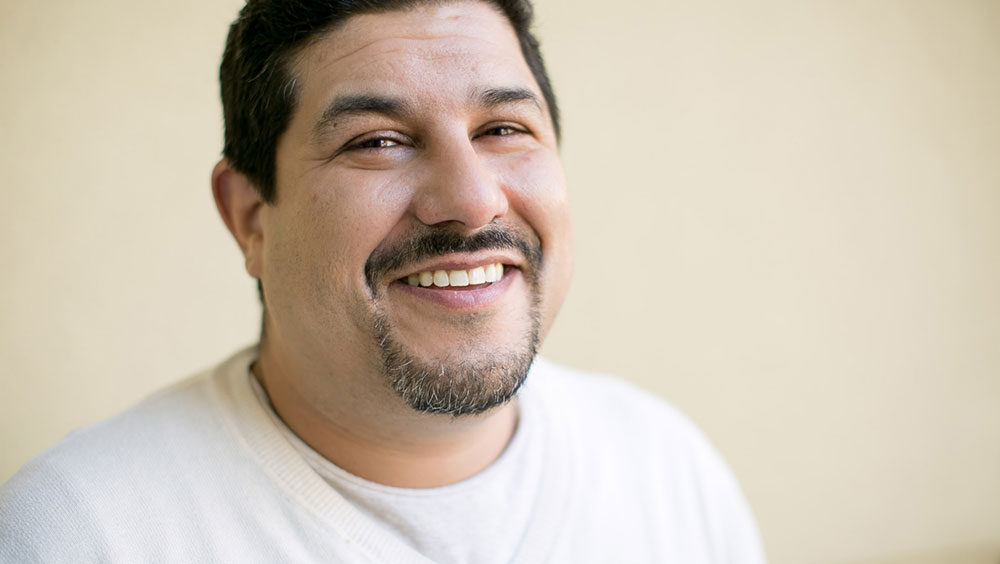 For a long time I was on what I call “the medication merry-go-round”. Everything my doctors gave would work for a little bit and then the seizures would start again.

At times I was on so much medication that the pharmacists sometimes questioned why they were dispensing so much.

I went through surgery to remove my seizure focus and I was seizure free for about two years, but my brain found its way around it and the seizures started coming around again.

I had mostly Grand Mal seizures. I’d hear a ringing in my ear and that would let me know that a seizure was about to happen. This feeling always put me in panic mode because I knew a seizure was coming on, so my heart would start racing and everything would go on alert. Sometimes I could feel my face and my muscles pulling when still awake at the start of my seizures. During my seizures, speech would completely go away and I wouldn’t be able to talk.

The fear of a looming seizure was one of the things that made me the most uncomfortable. During a seizure when I was knocked out and I didn’t know what was going on. But the fear of when a seizure is going to come on would always have be question if I was going to be in danger and not be able to do anything about it.

There were times when I’ve been picked up off of the train tracks, waiting for a train and landing on the tracks and somebody called 9-1-1. My wife has even been forced to stop on the freeway a few times because I’d have a seizure in the car. At work, if I stood up too fast, my coworkers were afraid something bad was going to happen. When I traveled alone on public transportation, everyone worried about me—they would call me, and ask where I was if I was 5 minutes late.

I got to a point where I knew something needed to change because epilepsy was controlling my life.

I spoke with a few doctors who started to talk to me about the RNS System as a treatment option that could be available to me. It was different than the VNS the doctors had initially offered me. I talk all day at my job, so I wanted something that wouldn’t potentially tickle my throat or mess with my ability to talk normally. I was afraid the VNS would have made it harder, not easier, to do my job every day. When the RNS System was FDA approved in 2013, my doctors had determined that I was a good candidate and I was ready to move forward with the treatment.

Now that I have the RNS System, I don’t feel my seizures, that’s the bottom line.

One of the first things I realized after receiving the RNS System is that I didn’t feel anything when it was working. When I went in for one of my first follow up visits, my doctors took a look at the data the RNS System recorded from my brain, and asked what I was doing on a specific day. I told them I was at my desk, plugging away. They could see from the data that I was starting to have a seizure, but the RNS System stopped it before I felt anything. After that appointment, I sat in the car for a little bit and cried because I realized how much this decision to get the RNS System was going to change my life for the better.

I’ve always known the seizures were there, doctors have known they were there. But it’s very comforting to know that my doctors can now see my seizures, and do something about it rather than asking me to continue my ride on the medication merry-go-round.

Even with all the medications I was taking before, it wasn’t enough for everyone in my life be at ease. Now, everybody – including myself – can take a deep breath because of the RNS System. I travel, I work and I can function on my own.

When I go places with my kids I now feel confident knowing that I’m able to be there for them rather than them having to always be there for me.

It’s really changed every aspect of my life. At work I’m lucky that my coworkers have always been very helpful and understanding with my epilepsy. But it’s great to know now that they can focus on their job and I can focus on mine. They even decorated my desk and helped me celebrate my two year seizure free milestone!

If I had to say what my life is like now in one word, I would just say “relieving”.