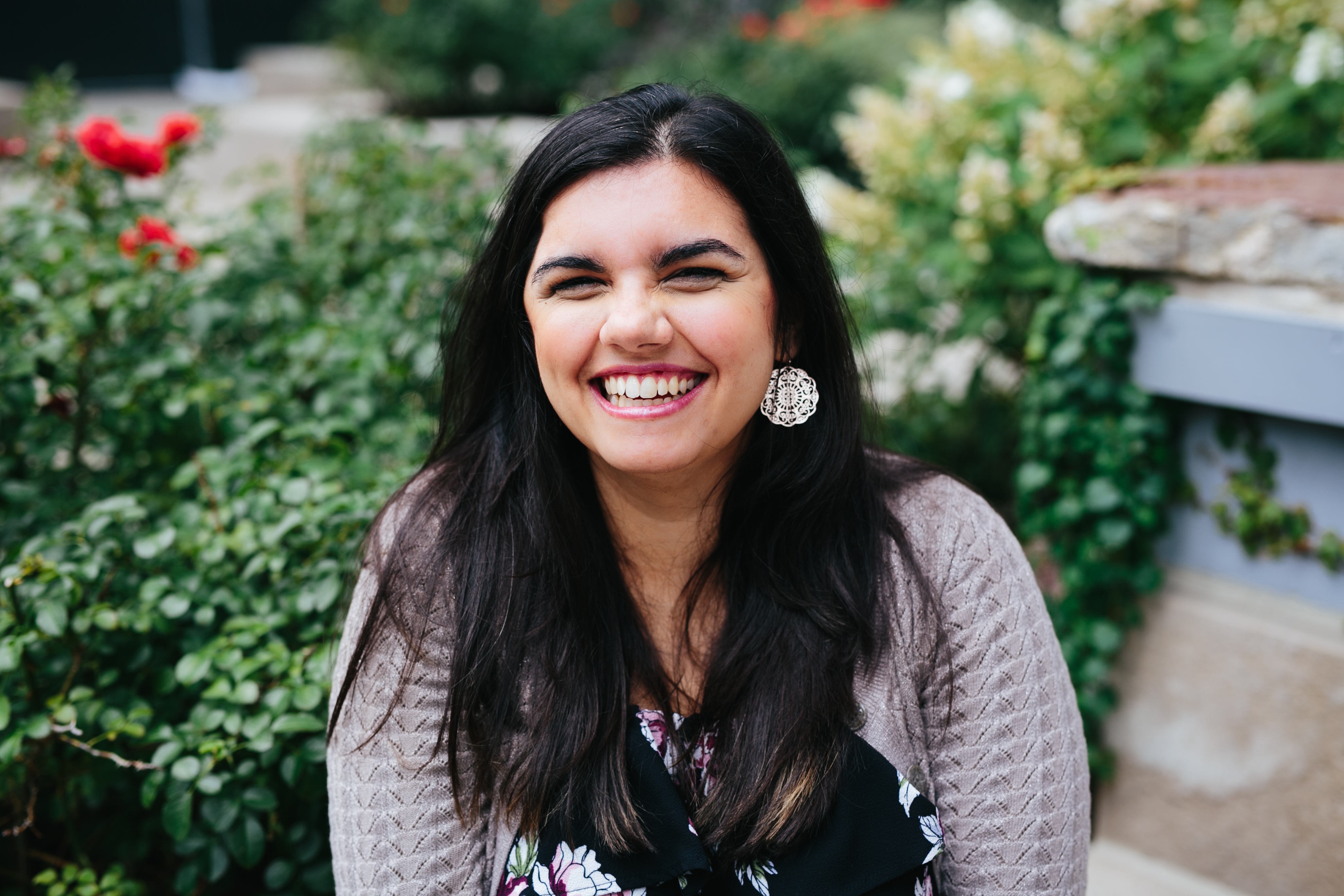 My name is Heather. I am 30 years old and I live in North Carolina.

I had my first seizure during my senior year of high school. I felt a really strong, frightening sense of déjà vu. I had a metallic taste in my mouth and butterflies in my stomach.

Then I lost consciousness and had a seizure.

I didn’t realize it until later, but the déjà vu and the other symptoms that preceded my seizure were actually my aura. Of course, at the time, I didn’t even know what an aura was!

The school contacted my parents and I went to the local ER. I was transferred from there to UNC Medical Center at Chapel Hill, which is where I was officially diagnosed with epilepsy and told I was having partial complex seizures.

I began taking medicine to control my seizures, but the medicine only provided temporary relief. The seizures started coming more frequently. Even though the doctors kept increasing the dosage on my medications, I would lose consciousness and have 15 to 20 seizures per day.

I started college at East Carolina University in Greenville, but with the seizures getting out of control, I had to drop out after just a few months and come back home to live with my parents again. Around that time, I had my driver’s license suspended too.

I felt really frustrated with the whole situation.

Between the stress and high doses of medications, I ended up gaining weight and struggling with depression, insecurity, and anger issues.

When I became pregnant in 2012, the seizures got even worse.

After my son was born, my epileptologist suggested surgery to remove my temporal lobe, which is where my testing showed the seizures were happening.

During that surgery, the neurosurgeon discovered that I was having additional seizures in my occipital and frontal lobes. But removing these parts of my brain posed too great a risk of damaging my memory, so the surgeon just removed the temporal lobe in hopes that would make the seizures less frequent.

The surgery helped to some extent, perhaps cutting the seizure frequency in half, but I was still having 7 to 10 seizures per day. I struggled with disorientation and intense headaches that accompanied the seizures.

My epileptologist and my neurosurgeon told me that they both felt the RNS System offered the best chance of controlling the remaining seizures that originated in my frontal and occipital lobes.

I talked it over with my mom, but it really was not a hard decision. I trusted my doctors so much, and they both thought it was the best thing to do.

The actual surgical procedure was pretty easy and comfortable. The recovery was fine too. I didn’t have much pain, although I did experience some nausea after the surgery due to the fact that I don’t tolerate anesthesia very well.

After the surgery, my doctors did not actually turn on the device for a month or two. At first, they just wanted to collect data on the abnormal electrical activity in my brain – both to gain a baseline reading and to determine how to program the device to be most effective at stopping my seizures.

During these first few months, my doctors asked me to send them data twice a day – once when I woke up and once before bed. They showed me how to collect and send the data. It’s a really easy three-step process. You just hold the wand in one place, and it downloads your data to the laptop. Then you upload the data to your doctor for review.

These days, I typically only send data from the RNS System to my doctor once a week, although I do still send it daily during my menstrual cycle, which is when I still have the most seizure activity.

The second month after I received the RNS System, my epileptologist turned on the stimulation for the first time. With the RNS System activated, my seizures became gradually much less frequent over the next 10 months.

My life is so much better now. My biggest fear used to be having a seizure in a public space, but now I feel much more comfortable going out.

With the RNS System controlling my seizure activity, I’ve been able to get my driver’s license back. I love having the freedom to take my son to the mall on weekends or just go to the gym with a neighbor.

I use a seizure diary to write down information that might be helpful for my epileptologist. If I have a seizure, I’ll write down the time, place, what foods I ate that day, how many hours of sleep I had, and so forth.

I then work as a team with my doctor and the staff from NeuroPace to review the data from my RNS System and compare it to the seizure diary to identify triggers.

Before I got the RNS System implanted, I was taking four medications.

About 18 months after getting the RNS System, I was able to reduce that down to three medications. And my doctors are trying to wean me off one more medicine right now.

Taking fewer drugs, my energy levels are higher. I can bring my son to play at our local park or take three-mile walks in the evenings. All this physical activity has helped me lose weight, which makes me feel better about myself.

One of the best ways that the RNS System has changed my life is that my son feels more comfortable now spending time alone with me.

Before, it used to break my heart when he said that he didn’t want to be alone with me, because he was afraid I would have a seizure. He knew that my life might depend on him.  I had to teach him how to call 911, which was a big responsibility to put on a little boy.

Now he feels less worried because he knows that if mommy has an aura, that doesn’t mean she’ll have a seizure. Seeing him more relaxed makes me feel less anxious too.

I’m more outgoing now. I feel more fearless and independent. My son and I have been living with my parents, but we’re going to start living on our own again. We’re moving back to Raleigh, about three hours away, and I’m not really nervous about the move because my seizures are under control and even my auras are getting less and less intense.

Along with the move, I’m going back to school in August to train as a neuro-diagnostic technician. I definitely feel like my experiences with epilepsy and the RNS System have led me to this career path.

I’m really close with my epileptologist, and she’s always been very open to sharing my RNS data with me, and the coolest part is being able to see the data that the RNS device recorded. For me, it’s been really helpful during my follow up appointments to see the data that shows the seizure activity and what happens when the RNS System intervenes.

Before I got the RNS System, I used to think that epilepsy controlled my life. I often felt insecure and embarrassed. Epilepsy limited what I could do.

Now, I don’t feel that way anymore. I feel like the RNS System has helped me to become more of myself again.