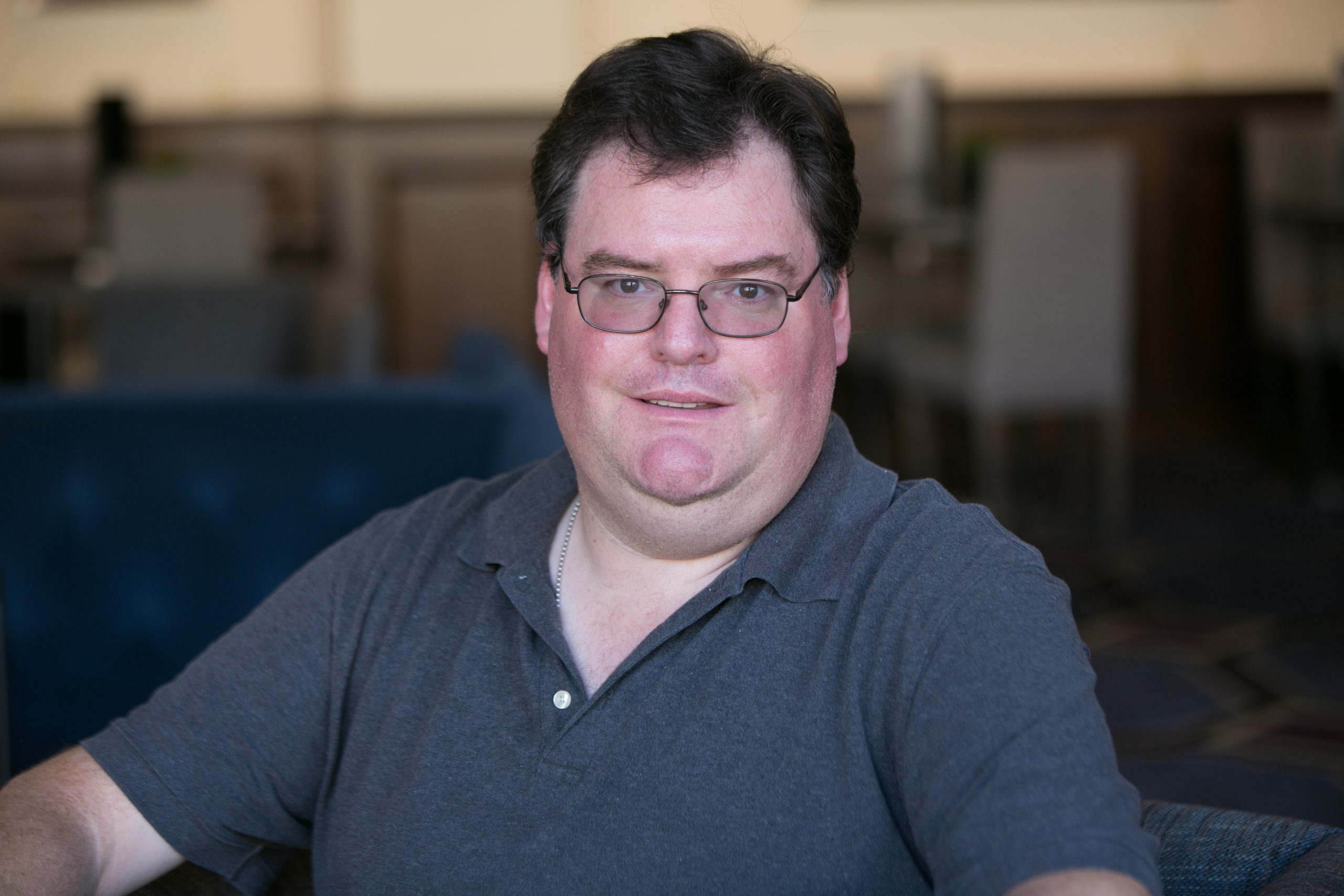 My name is Don. I live in Chicago where I work as a designer at an engineering firm.

I had my first grand mal seizure when I was 28 years old. I was at work one day, everything was fine, and the next thing I knew, I woke up in a hospital emergency room with my mouth full of blood.

I didn’t know where I was or what was going on, but I learned that my seizure had been so strong that I had broken a bunch of teeth.

The doctors at the hospital tried to reassure me. They told me that sometimes people only have one seizure and that I might not have any more.
But unfortunately, I did have a bunch of other seizures after that.

Eventually, it got to the point where I would have a grand mal seizure every couple of months.

My epilepsy caused a lot of problems in my life. I was planning to get married, but my fiancée broke off our engagement because she could not deal with the seizures. I had to give up my driver’s license, which made it more difficult to act as a caregiver for my father, who had cancer.

I used to be a drag racer. Back in the early 1990s, I was sponsored by Chrysler and took part in the Hot Rod Magazine Power Tour driving my 1970 Plymouth Barracuda.

I also served as part of the safety staff for the United Drag Racing Organization. We’d stand at the end of the race track ready to jump into action. If there were any crashes or fires, our job was to get the driver out of the car and extinguish the fire.

But the seizures made it impossible for me to continue to participate in the sport.

I saw four different neurologists. They tried increasing doses of different medicines, but the drugs were not helping with the seizures.

In 2011, I finally went to see an epileptologist at Rush University Hospital. Using continuous video monitoring and an EEG, they discovered that in addition to the grand mal seizures, I was also having petit mal seizures. Because of the seizures originated in my brain on both sides of the hippocampus, I was told that neither surgery nor the VNS were good options for me.

The video and EEG monitoring let me see how the petit mal seizures manifest – how I’ll stare blankly into space while tapping a finger. The scary part is that I’m completely unaware of them while they are going on.

Meanwhile, the seizures damaged my memory, which has caused problems at my job. My long-term memory is fine – I can still quote lines from Shakespeare’s Macbeth that I learned in high school! – but my short-term memory has suffered.

I work on a lot of utility projects. As the government develops a smart grid, the utility standards and other details change every year. My desk at work is covered with notes that I’ve written to myself as reminders to help myself remember new procedures and standards. My managers understand the medical causes of my memory problems and they are supportive, but I still get very frustrated with myself.

In 2014, I decided to get the RNS System. I looked at it as a question of risk versus reward. As someone who used to stand on a racetrack with flaming cars coming toward me at 250 miles per hour, I was not afraid of the risk.
On the reward side, I hoped the system would help me have fewer seizures, regain my memory and eventually start driving again.

In early 2015, I had the RNS System implanted at Rush University. I believe that I was one of the first patients to have the system installed with leads going to both the left and right sides of my brain.

It wasn’t an overnight fix. I had a few grand mal seizures after the RNS System was implanted, but the device stopped them before they could go out of hand.

More recently, I haven’t felt any seizures in a while. The doctors can review the data every day, so they can see that I still have petit mal seizures about once a month, but they’re so mild that I barely notice them.

At first, I would meet with my medical team at Rush every month to make adjustments, but now I only go back every three months. They can always call me in for an extra appointment if they see something of concern when I upload the data.

Over time, the doctors have told me that they hope to wean me off my medications. That would be fantastic, especially since I have to pay more now for one of the medicines that my insurance company removed from its preferred drug list.

With my seizures under control, I’ve been able to adopt a dog – a husky – from a shelter. I take him on walks around the neighborhood. He likes to meet people.

When he sees children, he’ll sit down and let them pet him. When I have problems with my memory at work, it helps a lot to come home and have him meet me at the door, wagging his tail and wanting to jump on my lap or go for a walk.

I don’t drag race anymore, but I still like to go to the races and take a bunch of photographs. I discovered that I love photography, and some of my photos were actually published in books. Having a way to stay involved in the car shows and the races makes my life better.

I still haven’t recovered my driver’s license, which means my Ma has to drive me back and forth to work, but at least she doesn’t worry about me as much now as she did before. Before, I had to call her every couple of hours just to let her know I was OK, but since I had the RNS System implanted, I feel like her stress level has gone down. She’s much happier now that my seizures are less frequent and less severe.

I’m ready to put the seizures behind me. My mother has given me incredible support, but now I want to get to the point where I can take care of her. That’s the way things should be.