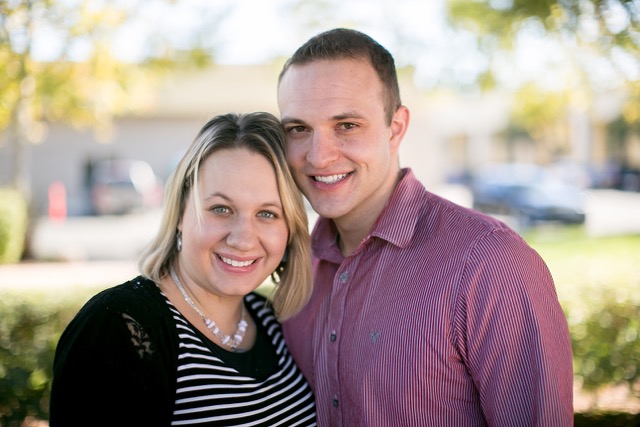 My name is Ian Olsen, I am 27 years old and began having seizures at age 11. The seizures occurred between 2 and 20 times every month which negatively affected my life in many ways, and I often felt disappointed thinking that I would be forced to live with seizures my entire life.

When I experienced seizures a strong aura came over me with a sense of dizziness and disorientation. I lost consciousness for 1-2 minutes. The next thing I’d remember was a feeling of confusion and drowsiness while unfamiliar with my surroundings — after which I either slept or gradually gained partial alertness. I wouldn’t know how long I was unconscious and sometimes I wouldn’t even know I had experienced a seizure until someone told me.

I had seizures at any time; day or night; awake or asleep.

As an adolescent I was troubled by the episodes, but didn’t know they were seizures and didn’t seek help. I didn’t consider the unconscious phase of the seizures because I was only aware of the aura, confusion, fatigue, and inattentiveness.

For years the seizures affected my life. Their onset interrupted me from doing whatever I was doing. They put me and others at risk. They caused me to forget much of what happened beforehand that day, and reduced my mental capability the remainder of the day. Multiple seizures in a day would result in me forgetting the entire day, along with anything I’d done or learned. They prevented me from driving. They caused distress for me and those close to me.

My wife Kathleen described feeling helpless being unable to do anything for me during a seizure. They permanently damaged my short-term and long-term memory.

It took 10 years, several neurologists, and many medication tries to get a correct diagnosis. The first neurologist I saw incorrectly stated I had non-epileptic seizures. Another neurologist identified the episodes as seizures but didn’t suggest tests to discover details. I was prescribed different medications – some wiped me out, some temporarily reduced the frequency but with side effects, and some didn’t work at all.

At 21 I became determined to get details and insisted on thorough testing. I underwent an EEG test that showed the type and location of the seizures. This was an answer that brought some closure, but I remained on the same treatment. My neurologist never mentioned surgery, and I never brought it up.

But there was hope after all.

The next neurologist I saw, and the last I’ll ever need to see, was Dr. Everett Austin, an epilepsy specialist at Kaiser Hospital in Redwood City. In our first meeting in 2014, Dr. Austin counseled with me that we would do all we could to completely control the seizures. We developed a resolution and plan to stop all seizures and their effects on my life.

After several tests we learned that the seizures originated where my memory function is, making me ineligible for the surgery we had planned. It was a crushing disappointment. But Dr. Austin then told me of other options – and that’s when I learned about the RNS System.

I was at first skeptical and hesitant about the thought of an implanted device, but I set an appointment to discuss it with Dr. Austin – mainly out of curiosity. After learning about the RNS System, Kathleen and I realized it could be a solution.

I had the device implanted February 2, 2015. I was still uncertain, but hoped the RNS System could at least reduce the seizures. I appreciated that the system recorded my brain’s electrical activity and showed the seizures as they happened. Dr. Austin analyzed details and we met regularly to adjust the degree and timing of the stimulation.

The last time an adjustment was made was on August 18, 2015, adjusting the timing of the signal immediately after electrical signs of oncoming seizures.

Before having the RNS System implanted, I couldn’t imagine living without seizures. Going weeks and even months seizure-free was something I couldn’t comprehend. But the RNS System has made that a reality — preventing any seizures from occurring since August 2015.

I can live each day, and complete each task, knowing I won’t be inhibited by a seizure. I am more mentally capable. I am able to drive and am less at risk crossing the street, swimming, and standing on high places. I’m more capable of remembering details and performing job responsibilities. Every night I can count on remembering the events of that day.

Finally, I can hold my five-month-old baby girl knowing a seizure won’t put her in danger.

This solution brings relief to my wife Kathleen, who is no longer forced to witness the seizures. She’s noticed that I feel better and have more energy day-to-day.

The RNS System is proven technology and I was lucky to learn of it; but most people struggling with seizures aren’t so lucky. I found a neurologist who recommended it, but the other neurologists I saw didn’t know what it was.

Different treatments work for different people and I encourage every person living with seizures to make a goal of completely controlling them, and not to settle for a partial remedy.

After dealing with seizures for 16 years, I feel like I have now defeated my seizures once and for all. The RNS system is helping more and more people with epilepsy – and everyone battling seizures should know about it.