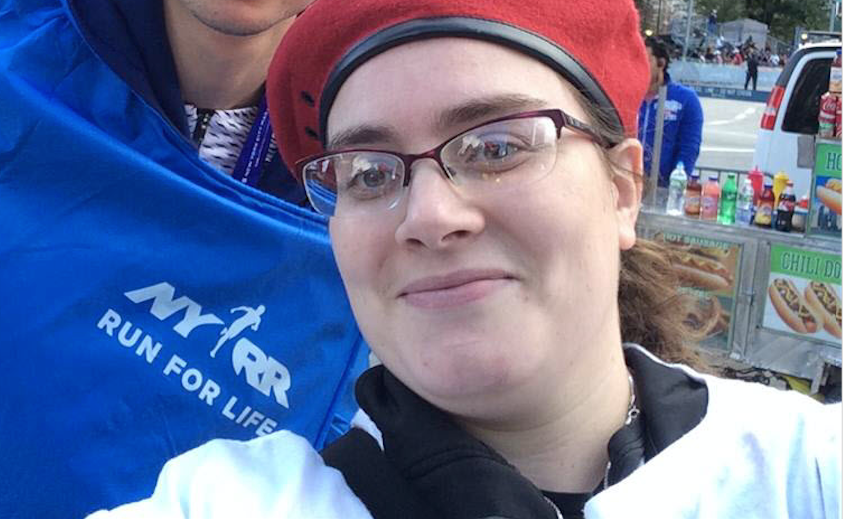 My name is Emily.

In 2006, I was in a car accident during my senior year in high school. After that, I started having ‘staring spells.’ They weren’t full seizures, but spikes of electrical activity in my brain. I was having hundreds of these spikes each day, which was exhausting for my brain and my body.

For several months my local doctors in upstate New York did not believe I had epilepsy, they thought I was having some sort of psychological issues, that I was faking it.

When they finally hooked me up to an EEG, they did see seizure activity and diagnosed it as epilepsy. With a proper diagnosis, I started trying a bunch of medications. They provided partial control over my seizures, but they also had side effects.

Meanwhile, my memory kept getting worse. I managed to graduate high school and went off to college, but the epileptic activity got more intense. I started having full grand mal seizures. My roommates would find me on the floor of my dorm room. I was very reliant on my friends, family and professors because of my poor memory.

Finally, I was referred to neurologist Dr. Lawrence Hirsch, who was at NY Presbyterian at the time. He took one look at my huge medical file and confirmed right away that I had epilepsy. He discovered that I had autoimmune encephalitis that had caused permanent damage because it went undiagnosed. This was likely the cause of the car accident and everything after.

Dr. Hirsch and I looked all the possible treatments. Surgery was not an option, because the seizures were originating on both sides of my brain.

Then my neurologists suggested the RNS System. The idea of brain surgery was frightening to me, but I felt it was the best option, so I decided to participate and had the device implanted.

At first, I didn’t even know if the device was working. Then things started to improve. Because of the RNS device, the neurologist could see one part of my brain that was causing the most seizures, and they were able to operate and remove this part.

I graduated college and was accepted into a program to teach English in France. My neurologist was not thrilled by the fact that I would be so far away overseas, so I asked him, “Isn’t this what the device is supposed to be used for? I’m going to travel and live my life, and I’ll send you guys the data so that we can figure out if we can keep my epilepsy under control.”

I was placed in southern France, right on the beach. I fell in love with the lifestyle over there. It was such a stress-free environment. Everyone gets a two-hour lunch break and there are so many vacations! The food was amazing. You wake up in the morning and there are boats pulling in with fresh fish for the market.

About six months after I arrived in France, I realized that I was practically seizure-free. I might have one seizure a month, whereas before I had been having a couple hundred seizures a week. It felt like a miracle.

I taught in France for two years and studied at a university there for a year. I didn’t want to leave. In part, I was worried that coming back home to the U.S. would be a huge change. But when I finally moved back to New York City, it didn’t have much of an impact on my seizure activity after all.

Actually, the only time I had a major seizure since I’ve been back was when the battery died in the RNS System. We knew the battery was getting low and so I had made a date to have surgery to replace the battery, but the battery failed a little faster than we anticipated. I passed out and woke up on the floor of my apartment. That gave me a glimpse of what my life would have been like without the device.

Now that I’ve had the battery replaced, the RNS System is functioning properly and my seizures are under control again. I’m working and completing a master’s degree in social work at Fordham University.

If I didn’t have the RNS System, my life would be completely different. Before I had the device implanted, I had to live at home with my parents on their farm because I couldn’t drive anywhere. I was not functioning or retaining information. The seizures and spikes wore me out so much that I was just sleeping a good amount of the day.

Without the RNS System, there’s no way I could have pursued a career in social work or thought of counseling clients.

When I needed help, a lot of people were on my team, helping me out and pulling strings for me to get the care I needed. Now it’s my turn to do that for other people. That’s where the social work comes into play. I’m always happy to share my story if it can help other people, and I’m available to talk in English, Spanish and French.